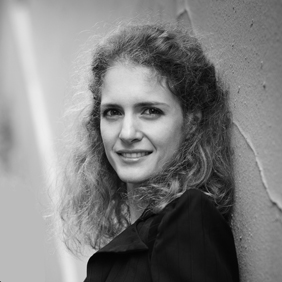 Mélanie Clapiès has never forgotten the concert given by Ivry Gitlis that she attended when she was five years old. It was this first emotion on hearing music that triggered her desire to study the violin and increased her growing passion for music. After several moves, Clapiès’ parents settled in the Var department in the south of France, near to the home of pianist Jacqueline Benwald Tournois, who took the young girl under her wing. Clapiès soon met Solange Dessane, violinist and fine teacher, who has had a lasting influence on her technique and musical awareness. She continued her studies at the national conservatoire of Lyon under Pavel Vernikov and Christophe Poiget, at the national conservatoire of Paris under Ami Flammer and Claire Désert, and at the Guildhall School of Music & Drama, London, under John Glickman.

Born into a family of teachers, the transmission of music has always been one of her ideals, and in parallel to her career as a violin player, she studied for a graduate diploma in violin teaching. She has taught successively at the conservatoires of Toulon and Bordeaux, as well as at the Paris École Normale de Musique.

Clapiès is currently studying at the Yale School of Music under Syoko Aki and receiving guidance from the Tokyo Quartet, the Artis Quartet and the Emerson Quartet, as well as from Rainer Schmidt and Vera Beths. Her priority being to garner as wide a range of experiences as possible, she is also drawn to conducting and composition. With her predilection for chamber music, she has founded a festival in Burgundy in collaboration with cellist Yan Levionnois.

A winner of an award granted by the Zonta Club, Clapiès plays a 1781 Joseph Gagliano.