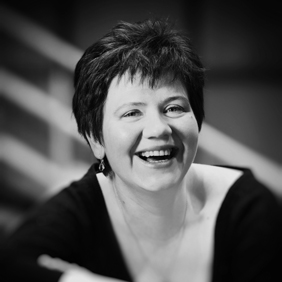 Trained in Romania, Dana Ciocarlie is a true heir to the Romanian school of piano. She furthered her studies in Paris under Victoria Melki, Dominique Merlet and Georges Pludermacher. Her encounter with German pianist Christian Zacharias was decisive in helping her deepen her approach to Franz Schubert’s piano works.

Extremely active across the world, giving both recitals and concerts with orchestras, she has performed in the USA (Boston, New York, Houston and Los Angeles), Canada, China, the Philippines, Indonesia, Europe, and of course in France: in Paris at the Cité de la Musique, the Musée d’Orsay, Radio France, the Théâtre des Champs Elysées, the Louvre Auditorium and Salle Gaveau; at the Opéra de Lyon; and at various festivals country-wide, such as La Folle Journée in Nantes, the Festival Berlioz in La Côte Saint-André, the Piano aux Jacobins, le Festival Radio France et Montpellier and the Festival de La Roque d’Anthéron. She has played under the baton of conductors such as Lawrence Foster, Christian Zacharias, Yoav Talmi, Edmon Colomer and Horia Andreescu.

With a mercurial temperament and generosity that rivals with her commitment, Ciorcarlie has a repertoire that ranges from Johann Sebastien Bach to contemporary composers, some of whom, such as Jacques Lenot, Karol Beffa, Frédéric Verrières, Helena Winkelman and Dan Dediu, have dedicated their works to her. She is acknowledged to be one of the major interpreters of the works of Horatiu Radulescu.

Her many recordings have earned high acclaim from the press. Critics recognise that she has the humility that characterizes great artists, and her musicality has been compared to that of Wilhelm Kempff and Clara Haskil. In 2017, her live recording of the complete works of Schumann will be released under Harmonia Mundi’s La Dolce Volta label. On the French classical music station, France Musique, Ciorcalie continues to present her series of programmes consecrated to the works of Robert Schumann in Le Matin des Musicians, hosted by Jean-Pierre Derrien, who has been inviting her regularly since 2001.